I’ve been training horses for years.

And I never planned to go public with any of this.

No one wants to attack their own industry. No horseman wants to “bite the hand that feeds them.” But this level of corruption is wrecking people’s lives. Good people’s lives. And it’s time you heard the truth from someone on the inside.

’ve always believed and known that older, slower, and even less “strong” riders ALWAYS make better equestrians and better partners to their horses. But modern horse training methods would have you think otherwise.

Let me tell you a story

One day a few years back, I was on my ranch in Floresville Texas hosting a Steady Horse Clinic.

I stood in the middle of a round pen, surrounded by 20 or so people who were all there to learn to be confident riders.

There were folks from all walks of life. Many were working professionals, business owners, retirees, cattlemen, and even veterans.

One attendee told me that they came because they are getting too old to keep falling off their horse.

Another participant joked that they couldn’t afford to fall off their horse anymore because they didn’t bounce like they did when they were younger.

I’ve heard these kinds of comments before, but for some reason, they just struck me differently that day… I couldn’t shake them from my mind…

With that thought bouncing around my brain, I got started.

Like always, I began with a prayer. I prayed for the safety and protection of the riders and their horses — as I usually do. But as I prayed, I opened my eyes briefly to scan the faces around me.

I was humbled by what I saw…

People from all over the country were gathered there in my round pen, brought together by a desire to finally become confident and overcome their fears so that they could feel safe with their horses.

But what caught my attention was their faces. Every face, eyes closed in prayer, told a story. Stories of joy, stories of pain… but most of all, stories of fear.

Fear of getting thrown and hurt…

Fear of letting their horse down…

Fears that most horse owners are intimately familiar with.

Something about that moment really struck me.

I felt something click. I don’t know what was different about this clinic, but I felt led to do something I’d never done before.

So, after I finished my prayer, I asked everyone a simple question.

“By a show of hands, who here has ever fallen off their horse?” I asked.

Every hand in the group went up. A few sheepish grins and embarrassed shrugs flickered across the group. 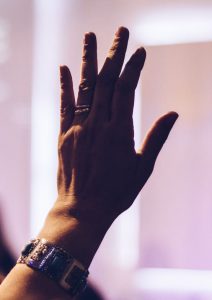 I was a little afraid of what the response would be to my next question, but I went ahead and asked:

“How many of you have been injured even AFTER getting your horse back from a trainer?

Almost every hand in the group went right back up.

I wish I could say that their answers surprised me, but the ugly truth is… there’s a BIG problem with modern horse training.

There’s a lie that we’ve all been sold, and it’s been running amok through the training world for decades.

It’s a lie that says, “The only way to train a horse is to ship them off to a trainer every time a problem behavior pops up.”

A lie that tells us that our horses are just “problematic,” “dangerous,” or “too stubborn.”

A lie that tells us that the average horse owner simply doesn’t have what it takes to fix problems on their own — that they are too old, too slow, or too weak. 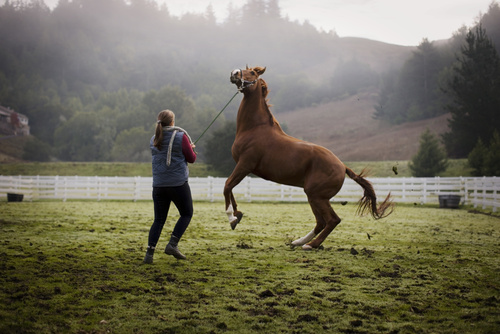 I’ll be honest, I used to believe that, too! I mean, I’ve been right in the thick of the training world for decades.

I’ve trained hundreds of horses and taught thousands of students… I’ve seen first hand the tactics that many other trainers have used to perpetuate these ideas.

And I’ve seen how damaging, harmful, and dangerous those ideas are to innocent horse owners everywhere.

Well, after this clinic, I realized I was on to something. So, I went online to my Steady Horse Facebook group and asked the same questions.

Answers rolled in by the hundreds, and it became clear that the problem was even bigger than I had suspected.

The answers flooded in from people who had sent their horses to trainer after trainer, and still suffered terrible accidents, still feared their horses, and still dealt with problem behaviors that shook their confidence and kept them from enjoying their time with their horses.

And the problem went deeper still.

See, for decades, people have placed their trust (and their money) in certain “methods” and training styles that are harmful — not just harmful to themselves, but to their horses, too!

These methods encourage them NOT to build trusting relationships with their horses, but to beat them into submission, to use force and domination to get their horses compliant… 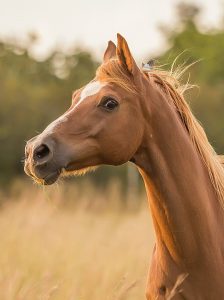 Some students even told me stories of being publicly shamed by world-renowned trainers because they were “too soft” on their horses. They needed to make their horse respect them and prove that they’re the boss.

And here’s the kicker — I think most of us have always known (deep down) that there’s something wrong with that approach.

Many of us have felt that fear-based training just misses the mark.

It may come as a relief to realize you’re not alone in those feelings. There IS a better way!

Your riding sessions shouldn’t end in tears. You shouldn’t be publicly humiliated for showing love to your horse…

It doesn’t require super feats of strength and speed because there is no need to force and pressure your horse relentlessly. Your horse deserves to be treated with dignity.

Training should NOT end in broken horses or broken bones. It’s time to change the game of modern horse training.